It’s that time of year again where we begin to wrap up 2016 and reflect on all that has passed this year. Last year, we made a few predictions that came to fruition, such as the need for more content in SEO, the emergence of Apple Pay, and voice becoming a relevant player. However, some we missed, for instance the revival of JNCO jeans. Despite a few missed guesses, we were encouraged by our hits and decided to make some new predictions for expectations in 2017!

As false news stories are now an issue, social media and search engines may look into the subjects of censorship and accountability and its effect on PPC, display adds and native advertising.

YouTube usage will continue to rise, increasing the value in video advertising.

Google has been experimenting this past year with SERPs results. As the number of mobile searches increase, the desktop interface of SERPs is evolving to accommodate a less cluttered and more refined look. Google Shopping, Rich Answers, Brand Knowledge, and Local Knowledge Panels will become more prominent as Google updates and SERP changes continue.

PPC will continue to see big changes as far as ad size and ad extensions.

Predictions for How Connected Online Marketing is to Actual Purchasing

“Optimized for mobile” will continue to take over the interwebs.

Mike (Hall’s Director of Web Performance) made mention last year that the home desktop will continue to be the “final destination” purchase vehicle for consumers. In 2017, that goes out the window and more purchases will be made on a mobile device/tablet than on a traditional home computer. Brands influence consumers at a moment’s notice and with a hand-held shopping cart at someone’s disposal, the desktop no longer waits for any man or woman.

Look for more companies to begin tracking in-store performance. The bigger retailers are just starting now to wrap their heads around cross-platform tracking. As they start to dig in even further, startups will begin to try to fill in the gaps with more creative ways to get the data they need to reinforce sales created by local searches. It’ll be the Wild West out there, but it’ll be the year for it.

Predictions for Client Needs and Desires

More reliance on CMS as clients continue to take control of aspects of their sites rather than pay developers for them.

This will be a big year for small businesses wanting to update their web presence. Folks with aging, static, non-responsive websites are starting to feel the need to catch up. Shameless plug: if you are interested in a refresh this year, let us know!

Businesses will want to be more involved in their Google Analytics data and how to improve performance.

Predictions for Technology and the Internet

Automation and autonomous systems will become more prevalent in the public workforce.

It’s the beginning of the end for catch-all social media services. We’re going to see a lot more messenger apps with message board-like features as a secondary tool. Imagine Reddit with built-in live chat. There’s an appetite for a more customized experience based on user needs so more tools will come out to make that happen.

Predictions for Video and Mobile Developments

Mobile display and interaction will take the forefront of marketing decisions for companies.

Voice-controlled devices like the Echo with Alexa will continue to grow in popularity.

Quick how-to videos are on the rise. We’ve seen them for recipes but we’ll see them used for a multitude of projects and arenas this year.

Predictions on the Demise of Cable

Cords will be cut and smart technology will emerge as a major selling point among consumers. Cable companies will struggle as more people turn to Twitter to watch the NFL and other events while Facebook will be the leading provider of live video news stories.

2% of Cable Subscriptions will be through phone carrier 4G-like Networks.

Millennials will continue to cut the cord with cable companies (no one I know has cable) without realizing the irony of tangling themselves in the dongles needed to attach their new Mac to their TV.

Encouraged by Pantone’s Greenery, we will see a rise in eco-friendly products and mannerisms.

Wireless earbud headphones will make it even harder to tell if someone is a crazy person.

Hall will become more efficient than ever before!

The movie “The Purge” will move from action thriller to the historical documentary category on Netflix.

A Dachshund will win the Westminster Dog Show 2017.

The death of the two-party system in the United States.

Anything is better than 2016. And Chris Sale wins the Cy Young.

Tukka Rask doesn’t get 10 shutouts this season and when asked why, he stares right into the camera and says, “Tom Hall, I know what you predicted at the beginning of the season. You did this.” This, of course, will occur after the Bruins are eliminated from the Playoffs in the first round and Zdeno Chara is signed for a contract extension as the Boston defense slowly drifts from elderly to geriatric. #gohabsgo

The Bruins will win the Stanley Cup, while Montreal fails to make the playoffs.

The Bruins, despite being undervalued all season long, take the Montreal Canadiens in seven during the conference final on their way to their seventh Stanley Cup. Zdeno Chara retires six seasons from now and is granted immediate acceptance into Valhalla. #DontPokeTheBearMichael

And with that, we are off to continue working hard on crafting innovative digital marketing strategy, tracking industry trends, and watching hockey in hopes our predictions (and sports fantasies) come to fruition. Cheers to the New Year as we leave you with Front End WordPress Developer, Jess Lavoie’s prediction and, perhaps, the wisest words we’ve heard about 2017 thus far: “it’s going to be crazy…” 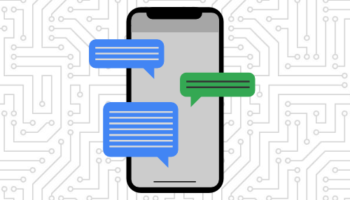 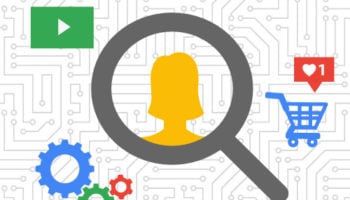 Digital Marketing Trends to Utilize in 2021 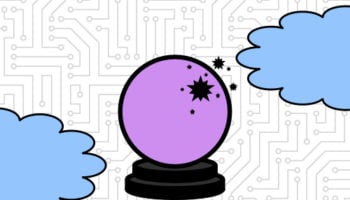