As a software developer, one of the most important parts of my job is helping a client understand the technology available to them and how it can help streamline their business. The trouble is, tech jargon is notoriously hard to understand and often even harder to explain.

Seriously, who hasn’t stumbled across a term like “machine learning”, “cloud computing”, “encryption” or “DDOS” and thought, “what the heck does that mean?!”

Well, for good or bad, you’re not alone. To demystify “tech-speak” for the masses, Google’s tech incubator, Jigsaw, and the Washington Post have joined forces. Their new collaboration, SidewaysDictionary, is like a dictionary but uses analogies instead of definitions.

Rather than simply defining a term, Sideways aims to explain tech to the world through the use of real-world analogies that help regular, non-tech people understand complex terms like “SSL” and “Net Neutrality” in a simple and relatable way. A part of doing this involves having users, creatives, and writers create the analogies that are defining these terms — for example, the writer, Nick Asbury has written several, like his analogical definition for “2 factor authentication.”

2 Factor Authentication – it’s like Cinderella’s slipper. She can give her name and confirm where she was before midnight, but it’s only when the slipper fits that Prince Charming knows she’s for real.

Phew! Finally, an explanation us standard humans can understand!

At launch, there are over 70 terms, including many by well-known Googlers like Eric Schmidt and Vint Cerf. This crowd-sourced project invites all readers to vote for their favorite definitions and submit their own analogies. Unlike similar resources, editors will moderate every entry to ensure only the most relevant and useful definitions are shown to readers.

“The more we can create a shared vocabulary around technology, the better we’ll be able to understand how it’s reshaping our world,” said Jigsaw’s Alfred Malmros. “The innovation emerging from the technology industry is staggering, but too often we fall back on jargon to explain new concepts.” Jigsaw believes (and I agree) that “not understanding technology could put us at risk of making uninformed or even unsafe decisions.” Anything that can help people understand the increasingly complex tech world and break things down in layman’s terms is a good thing.

A Few Great Examples (and some of my favorites):

Encryption – It’s like sending a sealed letter instead of a postcard. To ban encryption would be like requiring all mail to be sent as postcards, including bank statements, medical letters and holiday photos. Your postman, neighbors and postal service would soon know you pretty well.

App – It’s like having a child. Giving birth to an app is tough, but it’s just the beginning – there is a never-ending time and cost commitment that you have to put into looking after it.

API – It’s like the connectors on the back of your TV. They let you plug in a device from another manufacturer (DVD player, games console, set-top box) and both the TV and the device know what to do next. The connectors are the interface that lets one machine talk to another.

Botnet – It’s like sleepwalking. You have a respectable day job, a nice life, and you don’t even realize you’re doing it. But by night you’re wandering the streets and relieving yourself on your neighbor’s lawns.

Cookie – It’s like a barista with a good memory. So, every morning when you come in for your decaf soy latte with an extra shot and cream, they nod wearily and say ‘The usual?’ 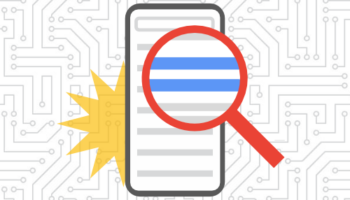 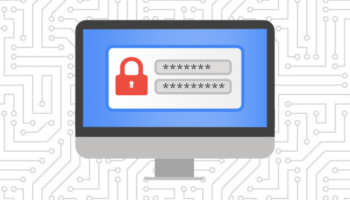