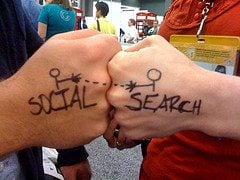 We trust our family and friends – more than any advertisement or endorsement by a faceless reviewer. It’s human nature to listen to and trust the people we know. So it makes sense that organic search is evolving to be socially relevant.

Back in 2009 both Bing and Google launched the “social search revolution.” Bing with its Facebook and Twitter search deals and Google with a “Social Search” feature that included results from social networks at the bottom of the search results page. As the two continue to try to one up each other in social search, we’ve watched them evolve – and fight for partnerships with Facebook and Twitter. So who’s winning?

Google started rolling out Search Plus Your World in January and has been making improvements as usual, including the merging of Places and Google+ Pages (much to the dismay of many). I’m a faithful Google user and I’m not all that impressed with my personal results. I find that they’re buried unless I filter them out and barely ever see them. Results are based solely on Google+ and my network is small and relatively disengaged.

Bing appears to be winning the race when it comes to leveraging data. The “doing engine” introduced a social search sidebar that displays friends from Facebook who might know something about your search as well as other “People Who Know” from around the web based on what they’ve written, blogged or tweeted about. Users can also share their searches with their Facebook friends – and ask for ideas. Bing also announced earlier this month, the addition of Foursquare tips and recommendations to the sidebar – further positioning Bing as THE place to search for things to do and places to visit.

It’s important to remember that the usefulness of all of these tools depends on the user’s friends’ privacy settings and how engaged they are in social media. When I tested Bing, my results were not all that impressive – I’m guessing – due to privacy settings. Everyone and their grandmother is on Facebook, but privacy concerns are huge for a lot of those people. It’s also about who uses what to search. I use Google because I find what I want fastest there, plain and simple. For me, Bing is still up for debate, but I did visit the site when I learned about the Foursquare integration. And as a foodie and explorer I could see Bing coming in handy the next time I’m planning a trip. Mind you, this is coming from someone who uses Google exclusively. Bing could be on to something here. And they’ve created a clever way for users to spread the word about their social search – every time they ask Facebook friends for search advice.

Let’s not forget that we’ve watched search engine/social network partnerships come and go. Last time I checked Twitter hasn’t been so forthcoming with their search data since they realized its value. And with Twitter recently pulling user search capability from Instagram, it’s not looking so good. Who’s to say Facebook won’t decide the same? In fact, looks like they may be beefing up their search as I write this.

Have you found social search to be useful? Which one do you prefer? 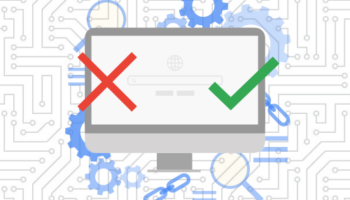