Skip to content
Home / Blog / Can you afford to ignore Social Networking Sites?
Fresh digital marketing tips to help you grow your business - delivered right to your inbox.

Social Networking Sites currently attract 128 Million users a month. 128,000,000 visitors a MONTH! ( The zeros really make it dramatic don’t they?) Social Networks have seen an exponential growth this year as the mainstream media continue to profile the successes of the top two networks, MySpace & Facebook. 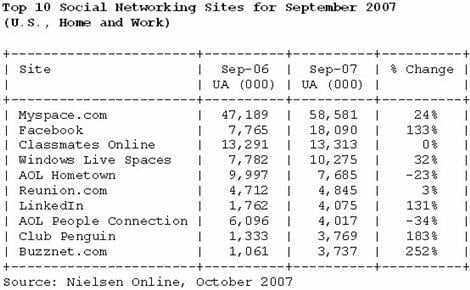 But like other business owners you may be thinking, “Well, I don’t know too much about MySpace“, or “I don’t have time to get into these online communities.” or “There are so many sites, which ones should I target?” Though your concerns are valid, it begs the question, “With 128 Million opportunities a month, can you afford to NOT invest a little time into Social Networking Sites?”