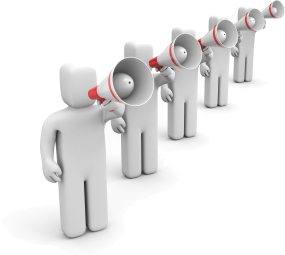 New York City celebrated “Internet Week” this week but just because people weren’t in the Big Apple didn’t mean they were not participating! As many of us internet nerds hoped, the week of tech events led to some new launches and announcements. As opposed to last week’s recap (which was more about making the most with things you have), this week was all about new, new, new. As with most new things it will take awhile to figure out the long term implications of these new advances. I for one am excited about some new opportunities coming my way, opportunities to better use that data we already have and new tools for how we interact with each other.

iPhone 4 announced – This week, as we expected, was the announcement of the next iPhone. The iPhone 4 will be available in the US on June 24th. Steve jobs announced the release at WWDC, the company’s annual conference for application developers. The new phone is a bit thinner, has more pixels, battery life is supposed to be better, better camera with zoom and flash, HD video recording and iMovie to edit video and you can move in between running applications. One of the biggest new features is a front and rear facing camera for better picture taking abilities and to utilize the new video chat functionality. It is also shinier, prettier and you probably need one. If you want to watch a video that may make some of you drool and/or cry here is the official Apple video.

Google Caffeine is brewed up and ready for the public – As Kasi told us a few months ago, Google has been working on a new platform for searches called Google Caffeine. The new indexing system is supposed to make searching faster, more relevant and be able to handle the demand for more real-time search queries. For more information about Google Caffeine you can read about it on the Official Google Blog.

Add your Flickr photos to Facebook – The photo sharing site Flickr has teamed up with the king of social networking sites, Facebook. Now you can automatically add your Flickr photos to your Facebook stream. I recently had a conversation with a client about automating your social media content. Some are violently opposed, others think it is the bee’s knees – I am in the middle. I think it can be done well and be done poorly. I understand all of us are very busy so why not focus on one or two social media sites or blogs and find relevant ways to automatically feed that content to other sites? This new feature is a good example. I know lots of businesses that use Flickr to capture events, conferences, semi-professional shots and more. Now you can have that streamline into your Facebook account. This could be beneficial to some people. A bigger undertone in this news bit is that Facebook and Yahoo (who own Flickr) are getting awfully chummy these days. Wonder what else we will see from this new couple?

Bluesky Factory stomps the yard integrating social media profiles with email marketing campaigns – I came into this career world as an email junky. My last job and starting this one, I was all about email marketing. I have added a few more things to my plate but I have always been interested in how email marketing paved the way for so much that is the norm on the social internet. The relationship between email and social media is a strong one and the guys and girls at Blue Sky Factory have always recognized that – calling email the “digital glue” of the internet. This week the email marketing company announced a new feature to its service, SocialSync, that integrates your most valued business contacts with the social networks THEY participate in. One of the most important parts of businesses participating in social media, is participating in the right networks where their customers already are. How cool is it that with your email marketing service you could instantly have that data available to you? Pretty cool if you ask me.

Google homepage designs caused quite a stir – As I told you last week, Google is now letting people customize their home search pages. The company decided to show off the new feature by adding their own custom designs by artists and photographers for a day. The change was quite unwelcomed and one of the most popular search terms was ‘how to remove Google background’. The background should be back to normal by now but the whole situation caused a bit of frustration with users who claimed to be distracted by the busy backgrounds.

Twitter had a tough week – Twitter was down for a good chunk of the week. Lots of people had no idea what to do with themselves. Twitter has become a large part of how many people go about their day and how they do business. Services like Twitter will only get better with time but this was a friendly reminder to not put all your marketing eggs in one basket. If Twitter does go down, do you have a backup plan? If you ever need information about Twitter possibly being down you can check status.twitter.com for the latest updates.

Office makes web apps – As what seems to be a direct hit at Google Docs, Microsoft Office is rolling our a series of web applications for their products. It was a move that was bound to happen. Now with the updated 2010 Office package users can create, store and share Office documents online. More and more businesses are going to not only want but need more cloud services. As a culture we are getting less and less tied to our desktops and more utilizing documents and the internet on the go.

That does it for my list this week! As always, let me know if there is anything interesting you are seeing that you want to talk more about! 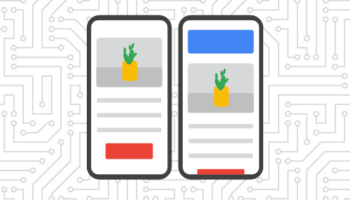 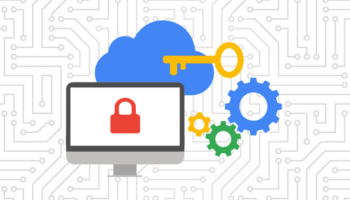 Pros and Cons of the Most Popular API Authentication Methods