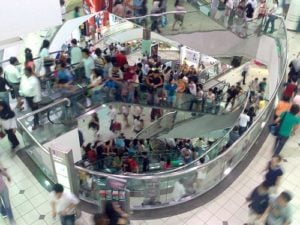 This is an entry in our daily Internet Marketing Advent Calendar series. Each day your favorite marketing elves will focus on a new topic to get your internet marketing in order before the start of the new year. The holiday season is upon us, and many of us may turn to the internet to do… Read more »

“Email Links” are the links on your website that when clicked, open your local email client with the recipient’s email address pre-filled out in the message. Usually it is an address that is posted on your website and looks just like any other link on your site (just like this). While this is a widely… Read more »

According to Facebook, they have seen five different security threats within the past couple weeks. These security threats are attempting to steal the identity of the friends, fans, and other groups within the social networking site. One of the threats has been named The Koobface Worm. This worm installs malware onto computers of victims who… Read more »

Over the past couple days a very serious security flaw has been discovered with Microsoft’s Internet Explorer Web Browser they are now calling the “Zero Day Exploit”  (Read more about it here, here, and here) All versions of the browser are affected including the most current versions 6 & 7. This exploit has the ability… Read more »