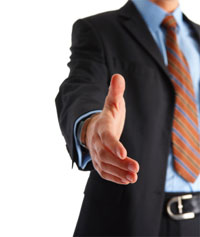 I was recently at an event where I was waiting in line. For lunch. Not exactly the time I’m most enthusiastic to hear a sales pitch.

At the same time, the line was perched precariously close to an exhibitor booth, who was making the most of the opportunity by scanning everyone’s badge in line. I cringed, awaiting the inevitable.

When I reached the booth, I waved my hands in protest exclaiming that I only wanted lunch, and offered to talk with the exhibitor about their cool and valuable offering at some other point.

But that’s when I got the most unusual answer:

“Oh, I just need to get as many leads as possible.”

Me: “But… I’m not really interested in your service.”

“That’s okay. I just need to get as many leads as possible.”

BEEP! And so my badge was scanned.

And I got my lunch and promptly forgot about whoever it was at this booth and whether or not I’d ever hear from them again and especially not thinking that I would buy whatever product or service it was that they were selling.

And while I have no doubt that this person was under explicit orders to get as many “leads” as possible from this show, I can’t help but stare in wild bafflement about the perplexing logic it took to get to this place.

Now, instead of having a targeted list of real people that the exhibitor actually made a connection to and who might pan out to be great customers, they now have a gigantic list of people, most of whom aren’t interested, aren’t relevant, and to whom you’ll probably spam, jeopardizing the select legitimate leads you got in the process.

Yet, this thinking is everywhere. In traditional media, we expect it. It’s, in fact, the whole premise of old media (spam enough people and enough people will respond to make it worthwhile). But in so-called “new” media it is painfully evident and excrutiating.

And Godin’s Meatball Sundae is all about the silliness of mixing old tactics with a new world.

And let’s not forget the legion of websites for agencies out there that trumpet themselves as new media and social media majesties with floofy slick graphics, poor on-page SEO and verbiage that truly makes you scratch your head and wonder, “what does a ‘world class leading-edge automated solution’ have to do with growing my business using the internet?”

A word for the wise: if you’re in the position of asking people for their contact information just for the point of having it, stop!

Go get lunch for yourself instead, and strike up a conversation in a person-to-person relationship. Talk to people who might be your customers and take off the sales pitch.

Figure out what people need, and then think about whether your product fits the bill. If so, now you know how to present it.

If not, all the “leads” in the world aren’t going to turn your business model around. 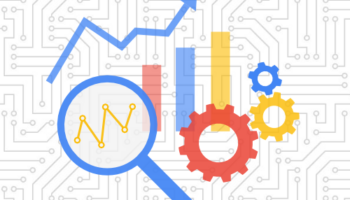 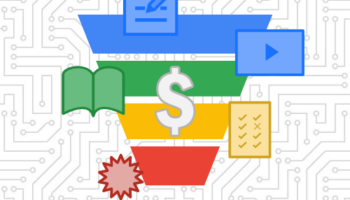 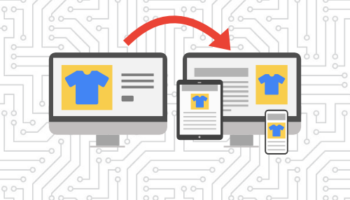